The Company Robert Hough Ltd was established in 1860 as a paper merchant supplying to companies in the UK and Europe. The Mill opened in Limehouse in 1912 recycling waste paper and board to manufacture greyboard and other selected products. In 1986 the mill was closed and board lamination and sheeting services were moved to Record Street, South East London. The company moved to Witham in Essex in 1995 and has expanded from laminating and sheeting to a wide range of converting services.

History of the Limehouse Paperboard Mill

The Limehouse Paperboard Mill was the first mill in this country to make paperboard from waste paper. The mill was built on the site of a derelict late 16th century Dry Dock, the remains of which were noted in the cellars of the paper mill and Hough's wharf. The business was established in 1912-3 and expanded between the wars, eventually two sites to the west of Limehouse cut were occupied by the mill. The paper mill includes a warehouse, a waste stock warehouse and a monorail. Victoria wharf was built by the Regent's Canal and Dock Company in connection with the extension of the Regent's canal dock, and was completed in 1869. The warehouse was built in 1883. Hough's (or R.H.) wharf includes a brick built riverside warehouse of 4-storeys with all, except a single west bay set back from Narrow Street.

Divided into two risks with a lift and stairwell at the north end of the dividing wall, the stairwell continues for two storeys above the warehouse and houses a water tank. The warehouse has a flat roof covered by felting and surrounded by a low parapet wall; the tower has a hipped slate roof. Dover wharf was built in 1882, it is a small 2-bay, 3-storey building on Narrow Street, of 3-bays depth with a 3-ridge roof. Two rows of cottages flanked the entrance to Limehouse cut; the five cottages that remained on the east side at the time of the survey had been derelict for some time. The cottages on the west side had been incorporated into the mill buildings.

The Paperboard mill closed in 1986 due to the pressures of the Docklands redevelopments. The original plan was to convert Hough's wharf into luxury flats, in the event the warehouse was demolished and a new building of similar appearance was built on the site. The mill and surrounding buildings on the north side of Narrow Street have been demolished. Video and photographic records were made by GLIAS during there recording of the building.* 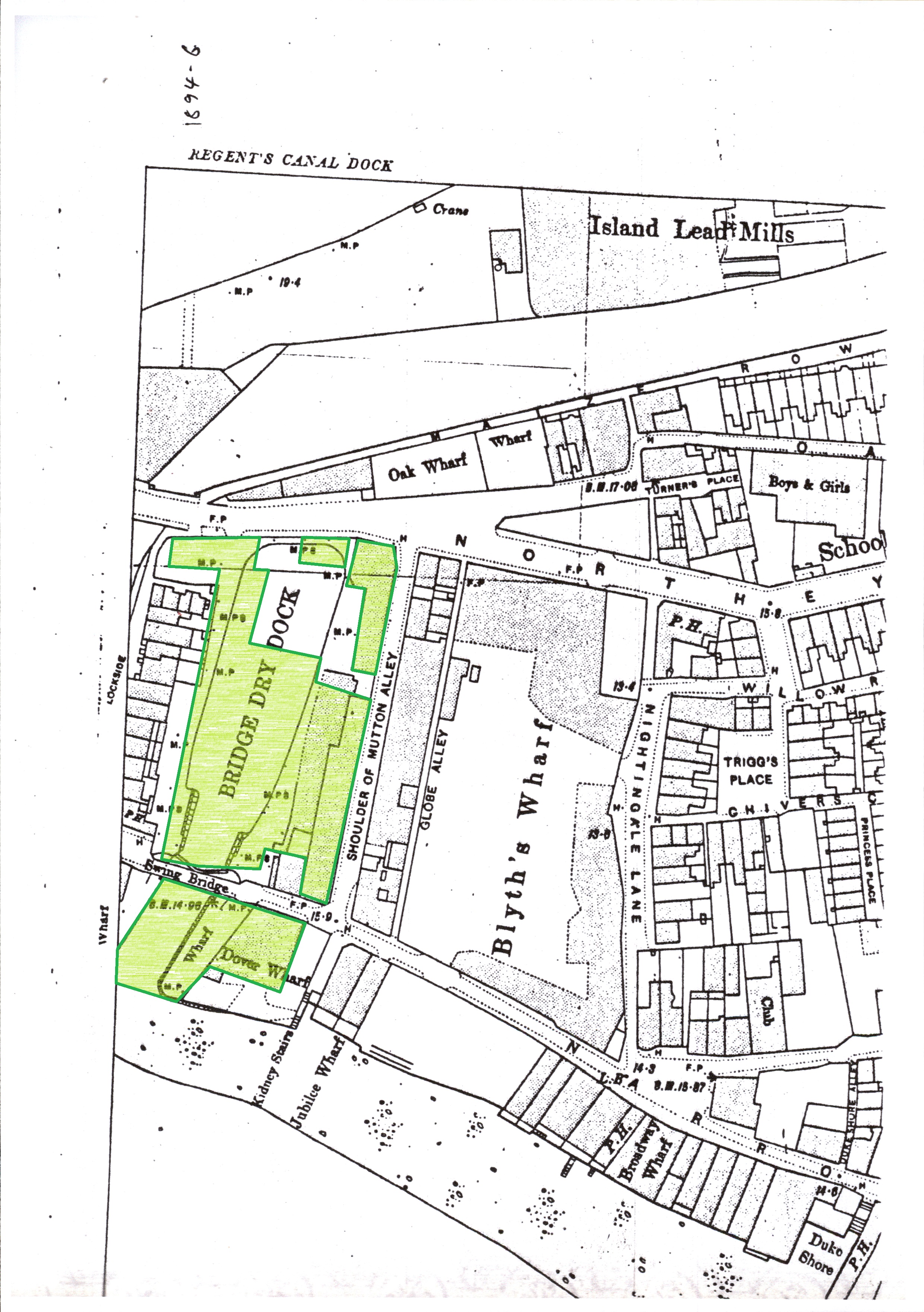 Mill opened in Limehouse, E14, recycling waste paper and board to manufacture greyboard and other selected products. 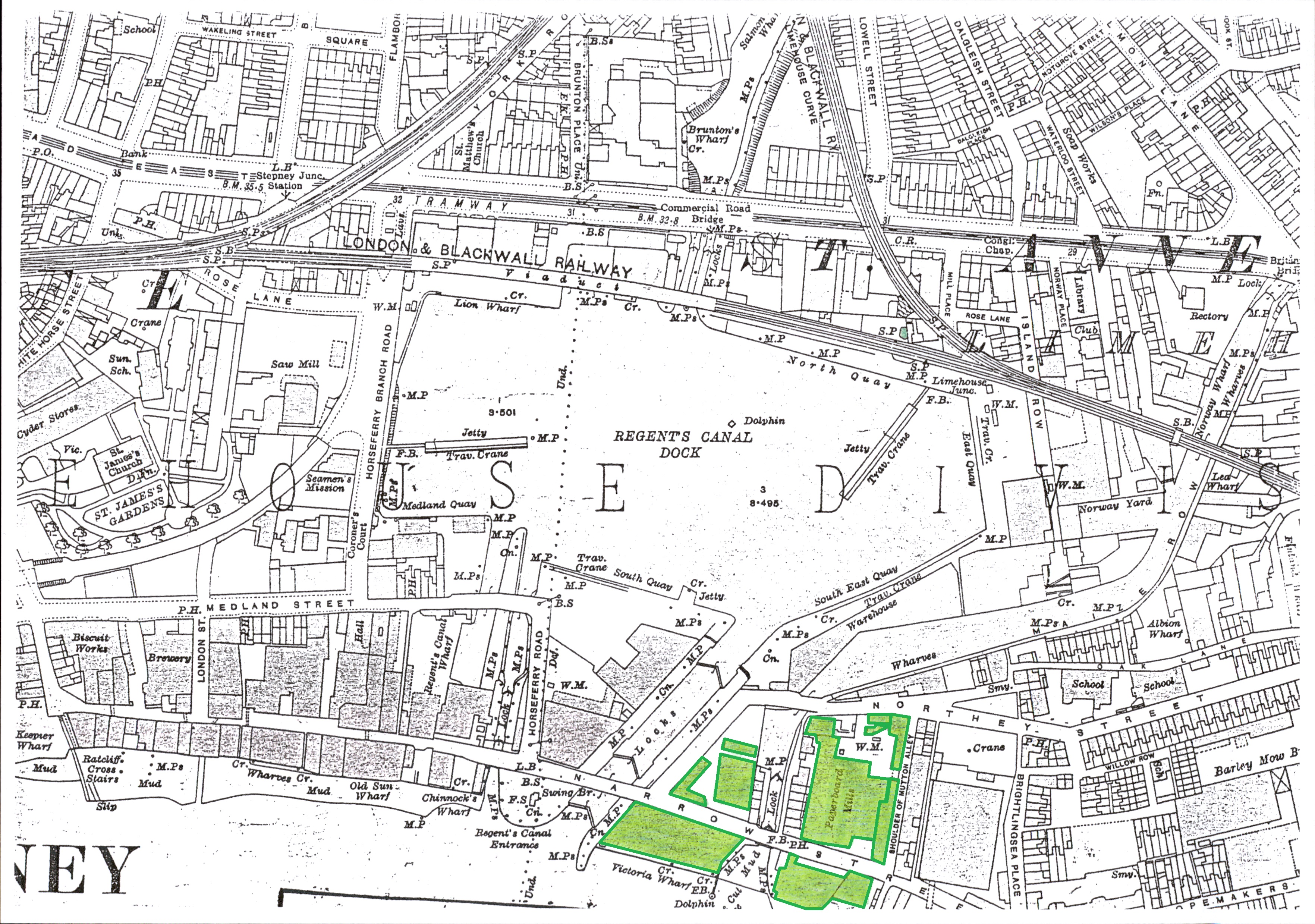 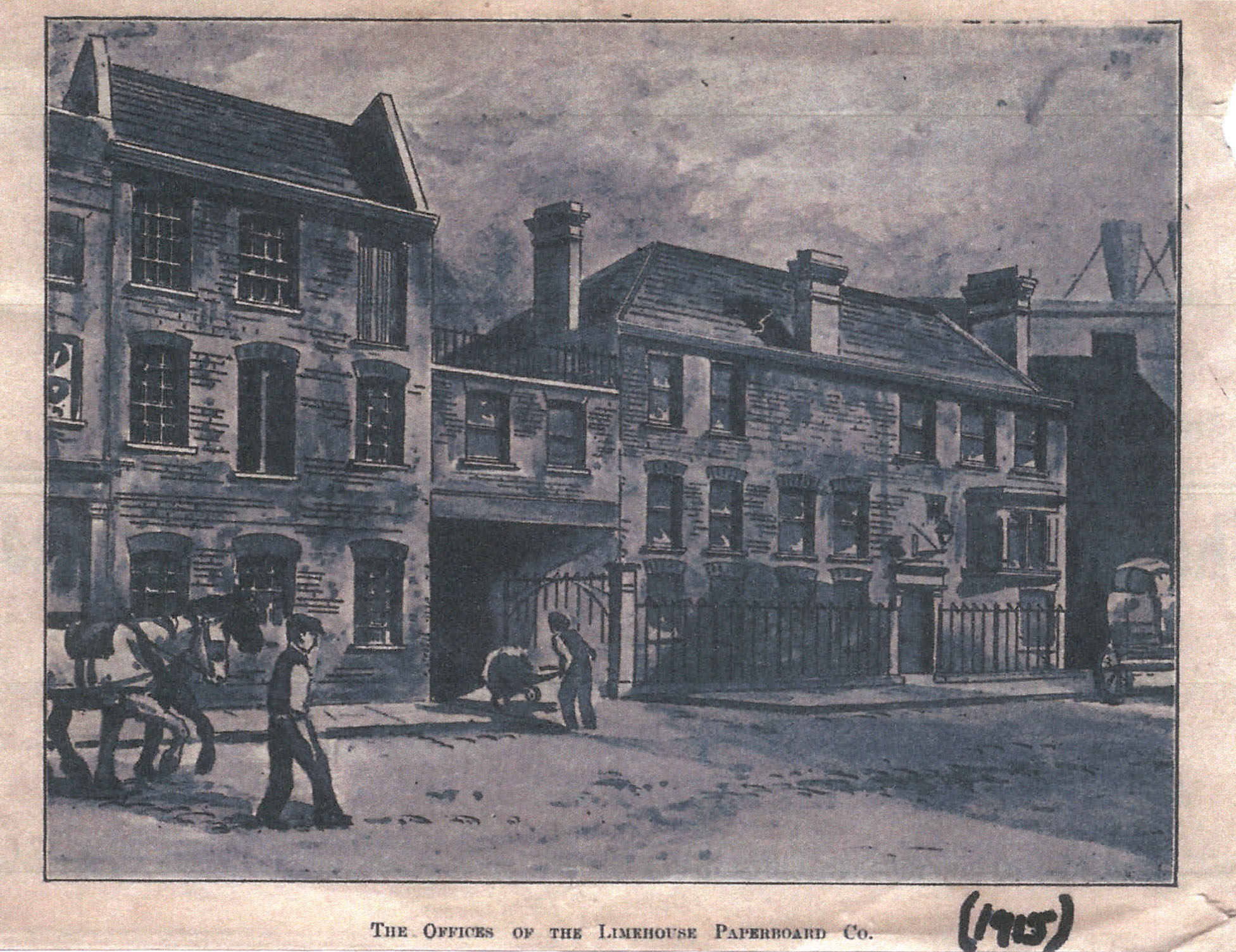 Looking down Narrow Street - the mill on the left, and Hough's Wharf on the right (Left)
Contemporary painting showing Narrow Street in 1920 (Right) 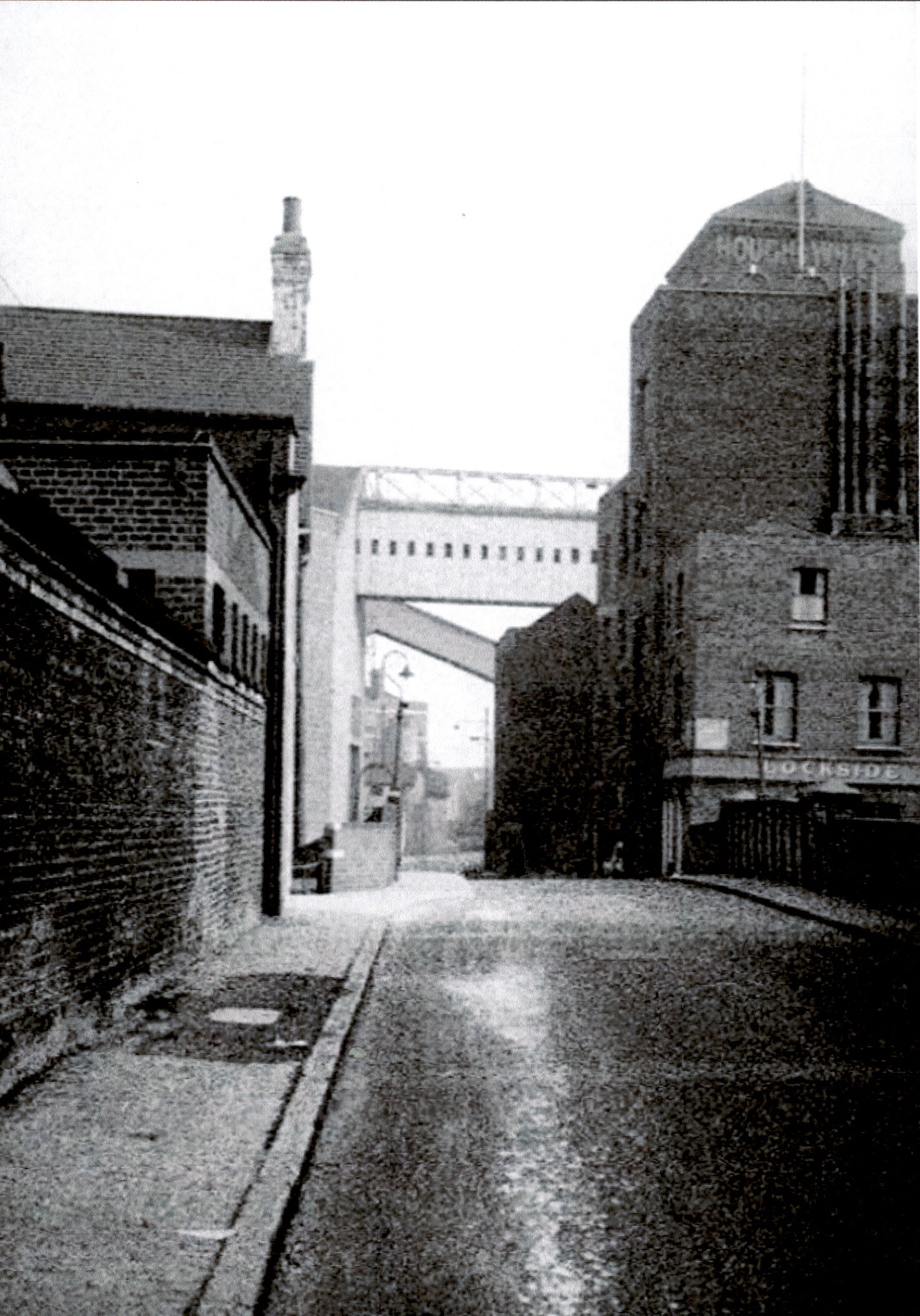 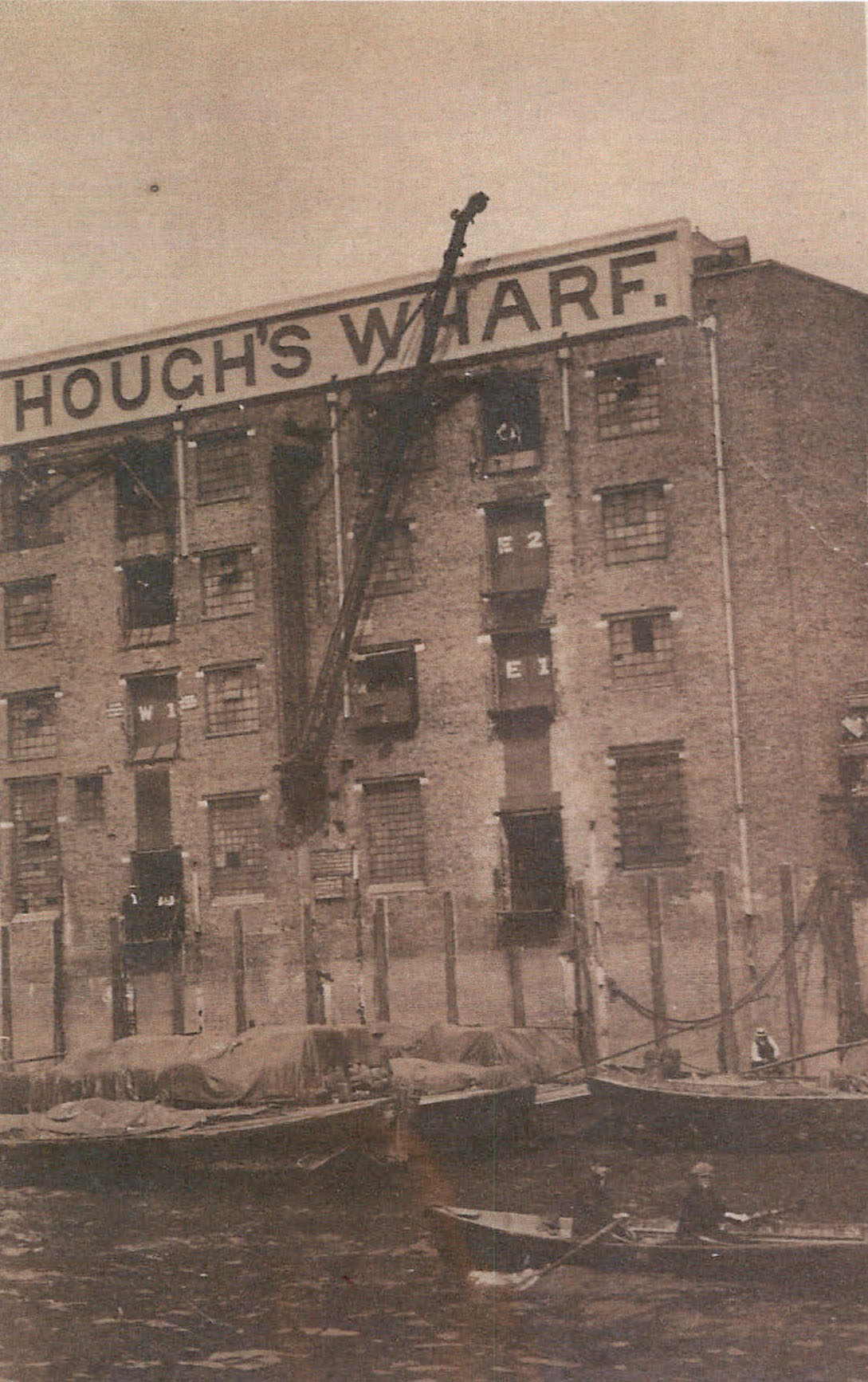 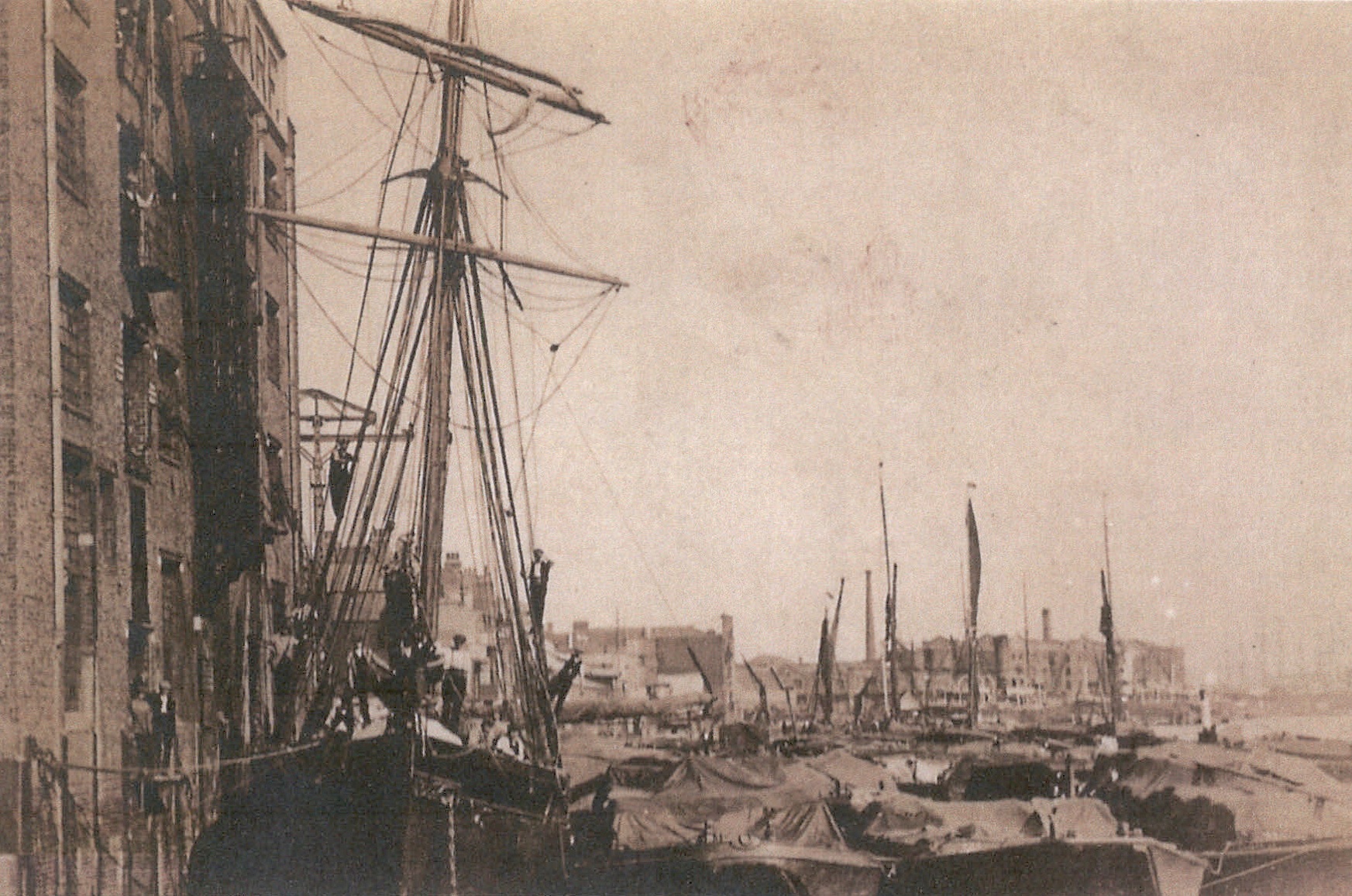 The mill was closed and board lamination and sheeting services were moved to Record Street, South East London.

Anglia Laminated Packaging merged with Limehouse Board Mills and moved to our current location in Crittall Road, Witham, Essex.

Purchased Gough Packaging and Roughway Converters trading under the name of Limehouse Board Mills Ltd. 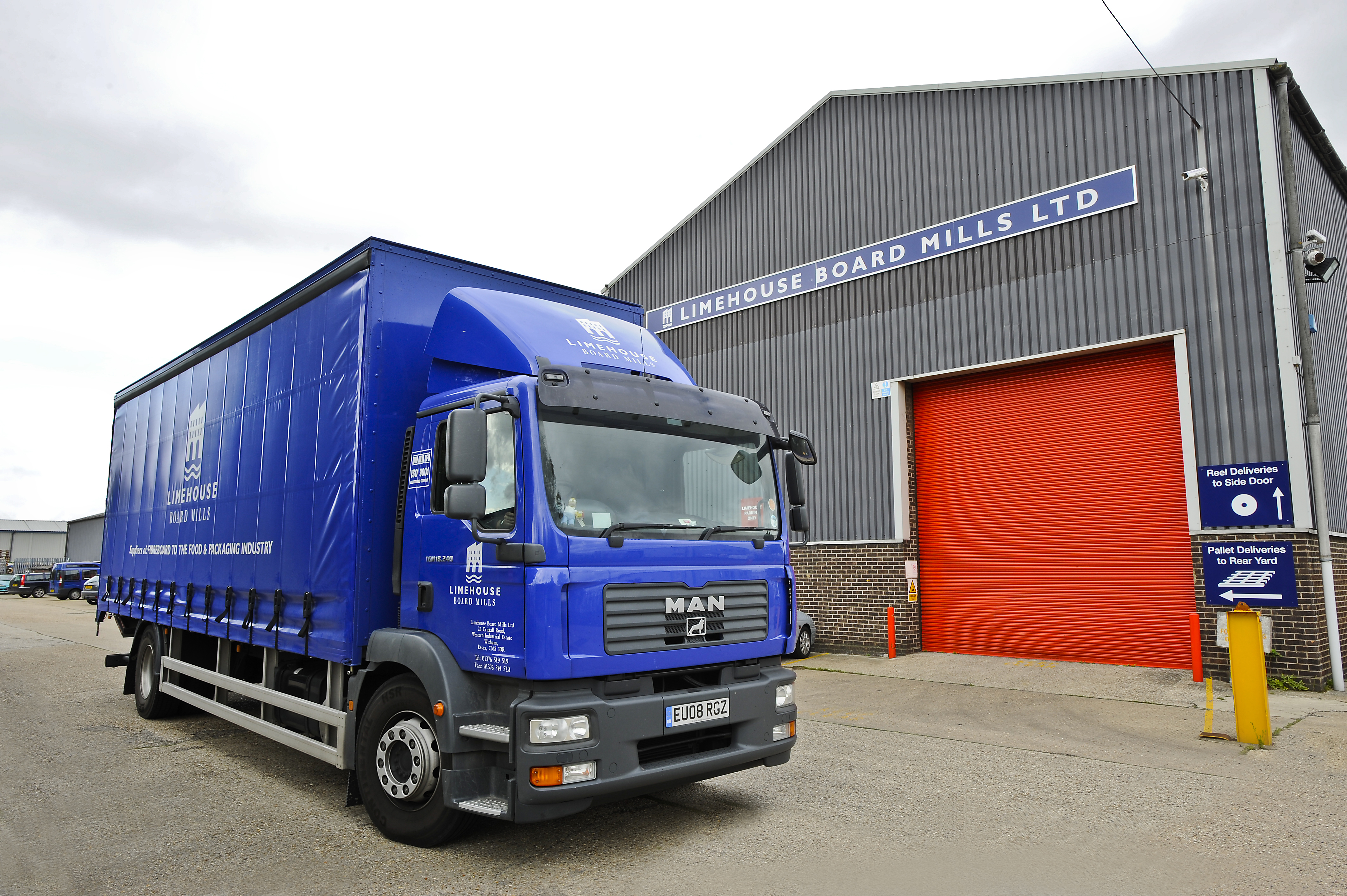